Our pilot Guillaume Meura, with the kart E-karting powered by Play and Drive just set a new lap and speed record for a 100% electric kart in the international FIA Motorland Circuit, during the official tests for the Spain Karting Championship last week end. Thanks to FADA and  Motorland Circuit support, we had the access to participate in the previous tests. This support regarding the new energies development is remarkable, especially in the electric motorsport side from 2011, with successful results.

Besides driving close to the best spanish Kart pilots, and going on with the propulsion system development for the E-karting FIA ElectricGT Championship incoming next year, the target was to improve the time lap set last month on 1’06″44 (max speed 124km/h). New power map settings and chassis arrangements allowed to Guillaume to reduce 1,36 sec. setting the new time lap record on 1’05″08 and a max speed of 127km/h. We feel very satisfied about those numbers because neither the chassis nor the weight distribution are yet optimized, so it seems that we will soon reach the level of the highest category, KZ. In the following months we will get this information, in the meanwhile we will improve further. We hope other kart manufacturers to jump to the electric powered racing karts, so they can set new lap records and show their creations in order to add and share new knowledges so it will be possible to show and prove that the electric motorsport performance can reach the IEC vehicles, but with much lower emissions.

Next tests:  Zuera FIA International Circuit, where we want to test the peak speed, trying to reach 150km/h for this fast circuit. 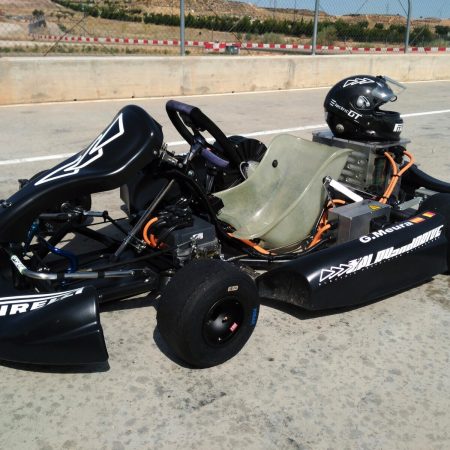 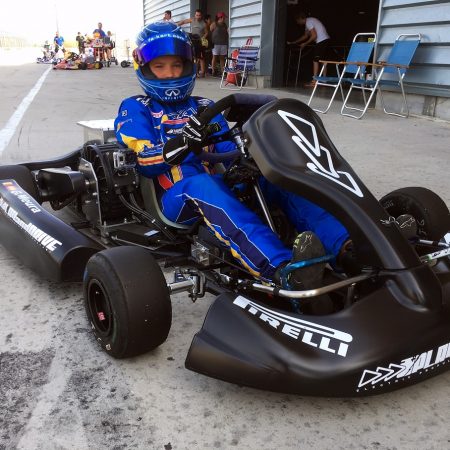